It is with much regret that we are announcing the passing of one of our own,  'Rufus Lockwood' . 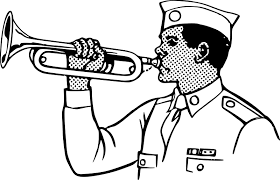 Mr. Steichen was born in Anaheim, California, and served in the U.S. Army during World War II as a part of the 43rd Engineer Battalion.  He was the husband of the late Dorothea Steichen.  "Joe" was a retired CPA and Chief Financial Officer during his business career.  Mr. Steichen will be remembered by his family and friends as a man that stood tall even though he was battling cancer for over twenty-five years.

John Francis Marrs (87) was born in Peabody, MA, and attended Northeastern University.  John served in the Navy as a communications expert during the Korean War.  He worked for the Xerox Corporation for 30 years in Rochester, NY, Stanford, CT and Cairo, Egypt.  A funeral mass is planned for January but a date has not been set.  It will be posted when available. 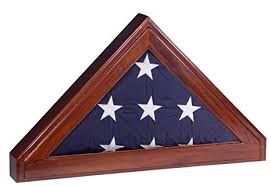 Archie B. Davis (October 21, 1926 - November 15, 2019)
Mr. Davis was born in Nicholls, Georgia.  He entered the U.S. Navy in March 1944 and served for four years.  He was the husband of the late Wilma Clyde Ferdon Davis for 65 years.  Mr. Davis began a career in 1948 as a rigger at the Charleston Naval Shipyard.  He retired after 41 years as a supervisor for Nuclear Inspections.  With his membership renewal for 2020, Mr. Davis was beginning his 57th year as a member of The American Legion and is the longest-serving member of Post 136.

Mr. Cotto was born in Englewood, NJ.  After spending many years of his childhood in Staten Island, NY, Dan moved to Palisades Park, NJ.  Dan served in the U.S. Air Force and was stationed in Alaska.  After his military service, Dan attended the Police Academy in NJ and began a 28-year career in law enforcement.  Dan will be missed by all that knew him for his love and kindness.

If you have served federal active duty in the United States Armed Forces since December 7, 1941, and have been honorably discharged or are still serving — you are eligible for membership in The American Legion!

Because eligibility dates remain open, all active duty members of the U.S. Armed Forces are eligible to join The American Legion at this time, until the date of the end of hostilities as determined by the government of the United States.